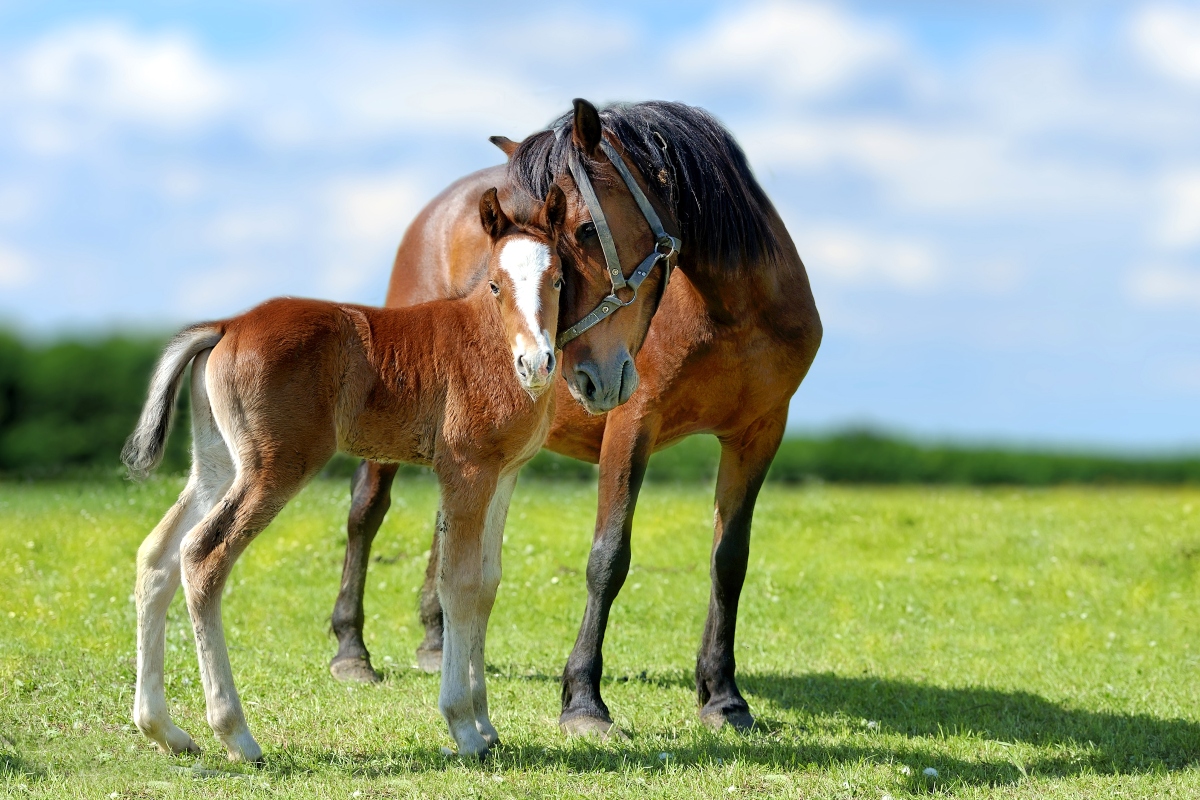 Mares are seasonally polyestrus, meaning that they experience regular estrus cycles during late Spring, Summer and early Fall, and none during the Winter. These cycles are controlled by hormones, which respond to increases or decreases in daylight duration with the onset of the seasons.

The typical mare cycles regularly between March and October, with each estrous period being an average length of twenty-one days.1 Each stage of the cycle is controlled by hormones that are produced in the pituitary gland near the brain (gonadotropins) and in the ovaries and uterus. The level of production of the individual hormones can be affected by external factors such as day length, temperature, and nutrition, and by the presence or absence of other hormones.2

Although we find a wide range of estrous cycling patterns, the mare is usually considered seasonally polyestrous—cycling only during certain seasons of the year. In the natural state, the seasonal breeding was advantageous to the survival of the foals as they were born during the spring and summer with moderate temperatures and adequate food supply. Today's well-managed horse farms with complete nutrition programs and indoor facilities have alleviated the pressure for such selective patterns, but due to the relatively short evolutionary period of domestication, the seasonal pattern predominates.2 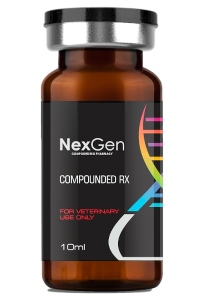 It is occasionally desirable to regulate the estrous cycle of mares, either for in the case of performance horses, breeding schedule convenience, to mitigate aggression in cycling mares or for commercial considerations. Hormones are usually employed in these cases, but the regulation of natural light (via housing) and through the use of artificial light are also common methods of regulating the equine estrous cycle, particularly where breeding is concerned.

There are many different factors which influence the recurrence of the estrous cycle of the mare. One which is considered to have an important direct effect is the amount of daylight. In nature, the increasing daylight was the clue for the onset of the breeding season. This is called sexual periodicity.4

Early in the year stimulation of the pineal gland by light - either natural or artificial - causes a reduction of melatonin secretion, which in turn allows GnRH to be secreted by the hypothalamus, thereby stimulating the production of other hormones (FSH, LH).1 In controlled experiments, mares which were hooded to prevent their eyes from receiving light showed no response relating to their estrous cycles, while others with abnormally low pigmentation levels in their eyes showed a more marked response to this protocol.

It has since been established that by artificially increasing the daily amount of light to which the mare is exposed during the winter months, she can be moved ahead in her seasonal cycle. Thus, those cycling abnormalities associated with the transition from anestrus to estrus in the natural breeding season still occurs, but at a much earlier time. In the literature, it was repeatedly stressed that the sole benefit from artificial lighting was an increased number of estrous cycles in any given breeding season.2