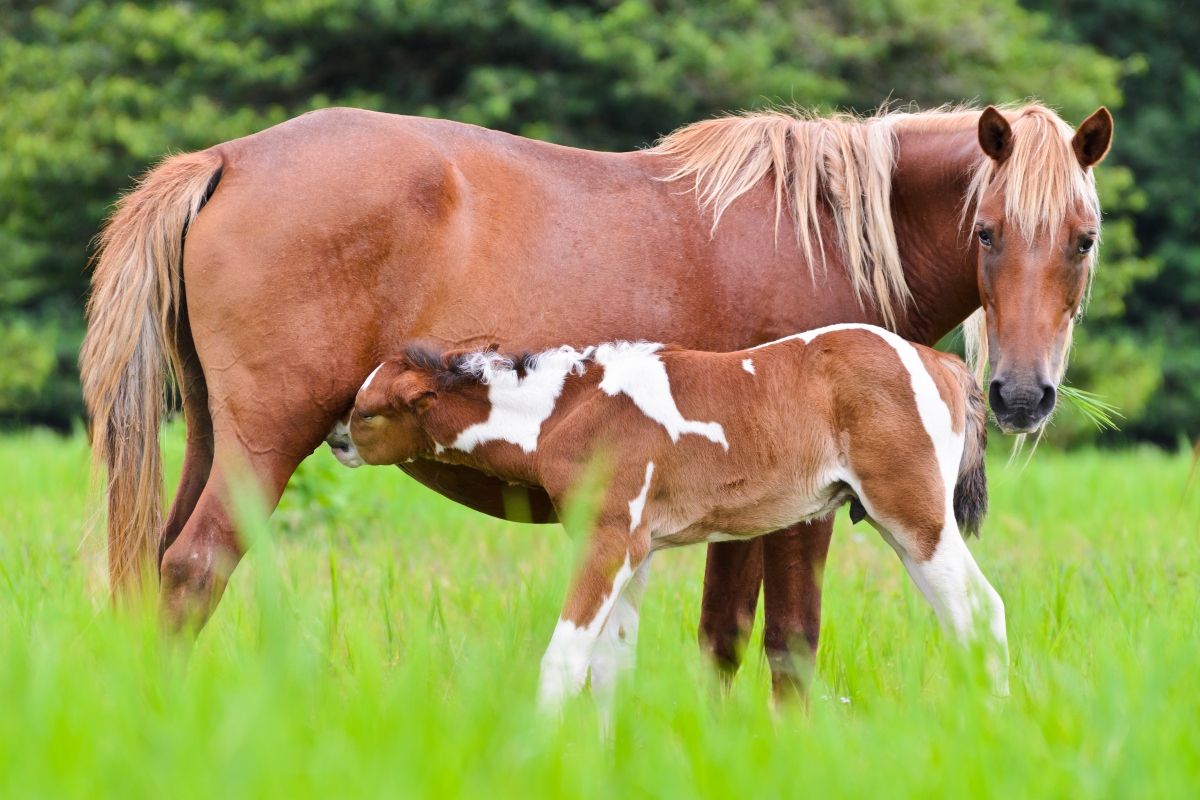 Mares have a gestation period of about 340 days. Because of this relatively long pregnancy, they must become pregnant again shortly after giving birth in order to produce a foal at about the same time each year if this is desired by the owner or breeding manager. If an owner waits a month or two after parturition to rebreed, the mare’s foaling date will slip later into the Spring each year.1

"Foal heat" is the first estrus or heat period that occurs after foaling. Mares usually first come into heat by 6 to 8 days postpartum. The average interval from foaling to first ovulation is 10 days, although mares can ovulate as early as 7 to 8 days or as late as 14 to 15 days postpartum and be considered clinically normal. Pregnancy rates are usually higher for mares that ovulate 10 or more days after foaling than mares that ovulate on or before day 9 after foaling.2 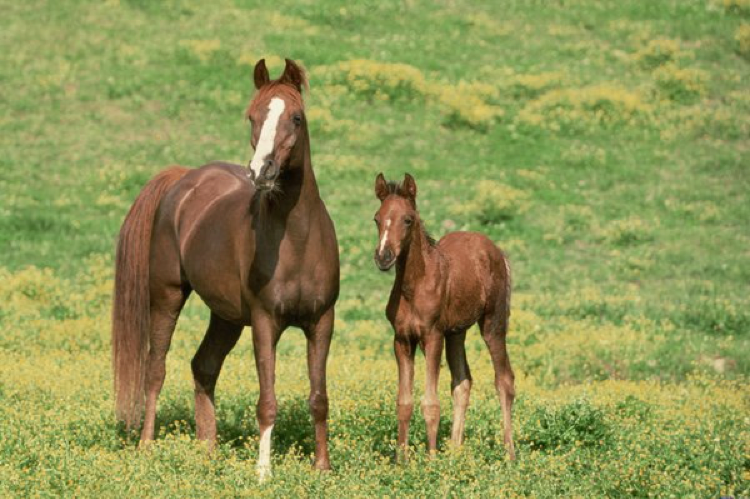 In breeding operations, obviously there is an imperative for resuming breeding as soon as possible after foaling. Additionally, data from different farms have shown foal heat conception rates up to seventy-five percent,3 upon which owners and breeders naturally desire to capitalize if they wish to keep the mare on a breeding schedule.

According to the literature however, breeding during foal heat is still a somewhat controversial practice among those concerned about stressing mares too soon after foaling.

Mares are usually bred on foal heat as long as three criteria are met:

Potential disadvantages of breeding during foal heat include questions about the mare’s readiness to breed, the availability of the stallion, among others. Especially in cases where the mare has had a difficult birth or a retained placenta, she may have inflammation, infection, or a buildup of fluid in the uterus. Any tissue damage occurring during the birth will also need time to heal before the mare is rebred.1

The foal heat is characterized by normal follicular development and ovulation by Day 20 post-partum in almost 100% of mares. Most mares return to estrus approximately five to eight days after parturition, with the average interval from birth to first post-partum ovulation being ten days.3

The equine uterus undergoes remarkable changes following foaling. Placental fluid and debris (called lochia) is expelled, the tissue lining of the uterus regenerates and the size of the uterus decreases. A majority of mares have significant inflammation present in their uterus during the first week postpartum and bacteria can be cultured from the uterus of many mares during their foal heat. Although many breeding programs specify that mares will not be bred unless a negative uterine culture is obtained, research has indicated that the presence or absence of bacteria is not correlated to fertility in foal heat mares. This will not hold true for cycles after the foal heat, where presence of uterine bacteria is a significant cause of reduced fertility.2

Occasionally, a mare might not appear to have a foal heat. This can occur when the mare gives birth early in the year and the mare effectively enters a seasonal anestrus. It is important to remember that some mares are reluctant to show behavioral signs of estrus when they have a young foal due to their protective maternal instincts.3

In horse breeding operations, timing is critical. Familiarity with the particulars of each mare's cycle is essential, and in the case of foal heat breeding, managers and the veterinarian will need to be exacting at monitoring aspects of both.

With the advent of ultrasound, even mares which have lost an early pregnancy can be recognized more quickly and bred again. All mares should be examined routinely on Day 7 or 8 after parturition and evaluated. Suitable mares are monitored closely for ovulation and bred at the foal heat unless more than one inch of fluid is present in the uterus.4 Such examinations should typically include:

According to the literature, conception rates tend to be better in mares that have somewhat later rather than earlier foal heats. Mares that begin to show signs of heat as early as five days after foaling are less likely to become pregnant than those that wait until ten or more days because the passage of time allows the uterus to shrink, clear fluid, and become less inflamed.1

There are numerous methodologies that horse owners, breeders and veterinarians employ to improve pregnancy rates from breeding at the foal heat. Uterine lavage has been suggested as a possible method of enhancing uterine involution, but this is not universally accepted as a conventional protocol. Post-partum uterine lavage is not a guarantee of increasing foal heat pregnancy rate, but it is undoubtedly beneficial in individual cases which are complicated by factors such as retained placenta and endometritis.4

Exposure of pregnant mares to an artificial photoperiod during the last trimester is believed to shorten the length of gestation by 7 to 10 days and decrease the risk of returning to a state of ovarian inactivity or anestrus following foaling.2 Oxytocin and prostaglandins have also been used to promote uterine involution.1 Alternatively, some breeding managers have attempted to either delay the first post-partum ovulation or induce a second ovulation after a shortened interovulatory interval.3