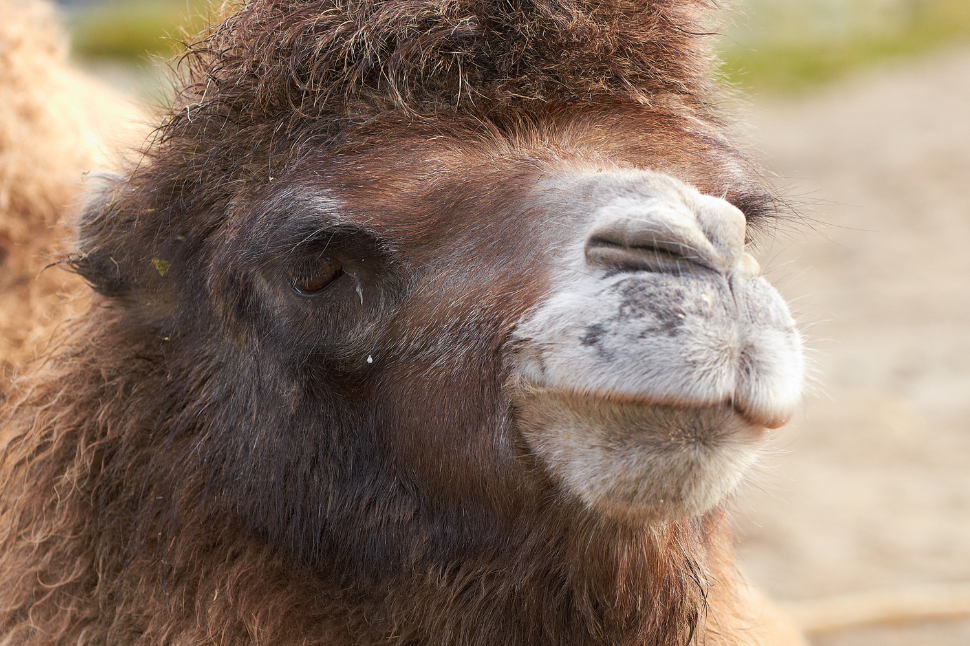 Capture and chemical immobilization events carry numerous risks to wildlife regardless of species or size, but these are often more pronounced when dealing with larger species such as Bactrian camels. These risks include complications such as capture myopathy, aspiration, dehydration, hypothermia, hyperthermia, respiratory depression and/or arrest and cardiac arrest. The majority of these complications can come about as the direct result of chemical immobilization, either due to inadvertent overdose, comorbidities or underlying conditions in individual animals. 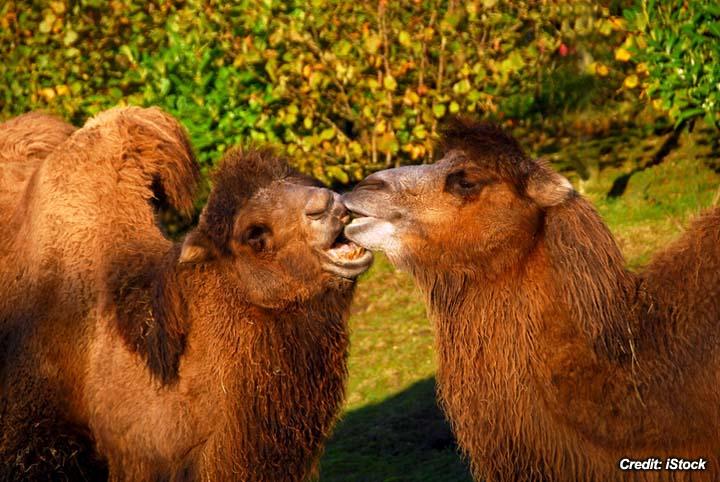 Wounds in animals incurred during capture events are often considered less serious than other complications, but these must be seriously considered. Wounds can occur as a result of an animal attempting to flee prior to immobilization, as it loses coordination during take-down after darting or (rarely) from the darts used to deliver immobilizing drugs.1 While all species of camels have been highly domesticated and are typically agreeable when it comes to handling, the risk for suffering wounds during capture exists nonetheless.

Discounting human-related causes (such as capture and chemical immobilization), wounds can also come about as the result of a variety of events, such as evading predators, fighting for mates or territory and accidents. Even when an animal doesn’t die as a direct or indirect result of an injury, it can be left in a permanently compromised state or with chronic pain.2

When a camel suffers a wound during capture/chemical immobilization, ethical imperatives dictate that the team in the field makes every effort to ensure that the animal is promptly treated so that it can make as complete a recovery as is possible.

Named after an ancient region in Central Asia, “Bactrian” was first used to distinguish this camel from the dromedary camel.3 According to fossil evidence, the ancestors of modern camels evolved in North America during the Palaeogene period and later spread to Asia, subsequently becoming extinct in North America.4

Bactrian camels are one of the few animals that are native to the Gobi desert in north central China, where fluctuating temperatures, scarce food and water and rugged terrain create a difficult environment. The rugged nature of the camel’s range makes it difficult for other animals to survive there. Consequently, Bactrian camels have few competitors or predators. This, and their adaptations to the harsh habitat allow them to obtain sustenance and protect themselves from wind, heat, and cold.

Bactrian camels forage throughout the day, eating a wide variety of plant. It has been reported that they will also eat meat and fish when plat foods are unavailable.3,4 Like dromedary camels, Bactrian camels have evolved specialized blood cells which store fluids to help keep them in good health even when they are dehydrated.3 When they do find water, they can drink up to 30 gallons at a time.

Bactrian camels usually gather in small groups of up to six animals as they migrate through the desert in search of food and water. While most Bactrian camels alive today are of domesticated stock, wild Bactrian camels still exist. These live in herds of about 6-20, although they occasionally aggregate in groups of 30 or more individuals. Herds typically consist of one alpha male leading adult females and their calves.

Both camel species are polygynous, meaning that the dominant male in a herd will mate with any of the females in the herd. The Bactrian camel's breeding season takes place in March and April. Calves are born weighing about 37 kg and are fully mobile within the first 24 hours. Calves in the wild are typically weaned within the first two years.3 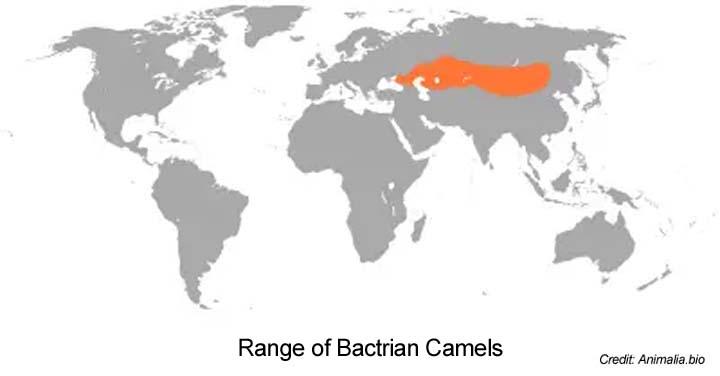 Treatment of Wounds in Bactrian Camels

Most camel injuries connected with capture events are experienced when attempting to flee human pursuers,1 and the most common injuries suffered are lacerations. This tends to be far less likely to happen than in other large hoofstock due to the camel’s high level of domestication, but it can still occur. While remote drug delivery via darts is unlikely to result in a serious injury, darting can on occasion result in minor lacerations. Finally, in some cases a camel may need to be immobilized specifically for the treatment of a wound it has suffered due to other causes.

The first step in treatment is cleaning the wound. In the case of small, shallow lacerations, this can be done by flushing with a commercial povidone-iodine or other scrub solution. Deeper wounds can be flushed with povidone-iodine diluted with saline, and should generally not be sutured to allow for drainage.1 The current literature recommends high volume and, ideally, high-pressure irrigation unless the tissue is very delicate. The suggested lavage volume is 50 to 100 mL of fluid per centimeter of wound. Low-pressure irrigation is gentle to tissues and does not force bacteria deeper into the wound, but it does not debride as well as high-pressure irrigation, which can be performed with a pressurized fluid bag or a large syringe with an 18-gauge catheter.5

For suturing more superficial wounds that have been cleaned, a veterinarian should perform the procedure. If a veterinarian is not immediately available, non-absorbable sutures should be used.

Any camel receiving a laceration prior to or during an anesthetic event should receive systemic antibiotics to reduce the likelihood of infection. Procaine penicillin G combined with benzathine penicillin G is a common formulation is these instances. Long-acting oxytetracycine is also used to treat hoofstock that have suffered lacerations.5

Considering the inherent risks associated with chemical immobilization, there is no way to guarantee that injuries will not occur, particularly under field conditions. That said, the drug formulations currently available for immobilizing camels and other wildlife have been refined to a degree that eliminates much of the risk that existed years ago. With the right drug formulations, proper planning and safety precautions in place, experienced personnel can have the expectation of effective and incident-free chemical immobilization of Bactrian camels in the majority of instances.