Frostbite in Bactrian Camels During Capture and Chemical Immobilization

Frostbite in Bactrian Camels During Capture and Chemical Immobilization 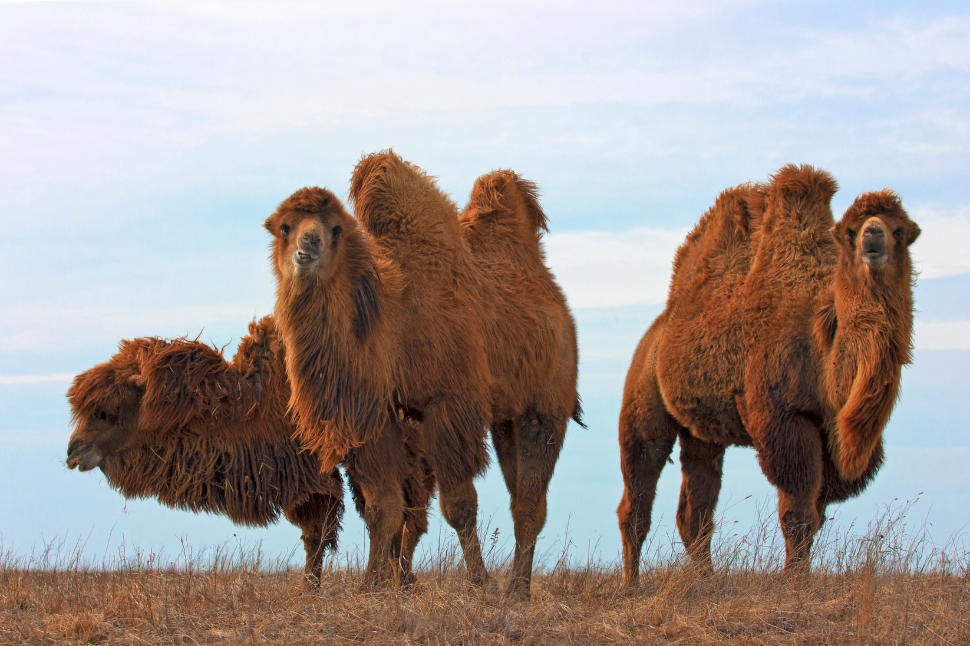 The Bactrian camel (Camelus bactrianus) is a large ungulate that is native to Central Asia. These camels have two humps on their backs, distinguishing them from dromedary (or Arabian) camels (Camelus dromedarius) which have one hump. Bactrian camels have thick, wooly, sand-colored coats, although some are dark brown or even white. They average 6.5 feet in height at the shoulder; their humps account for another foot of height, and males are larger than females.1,2 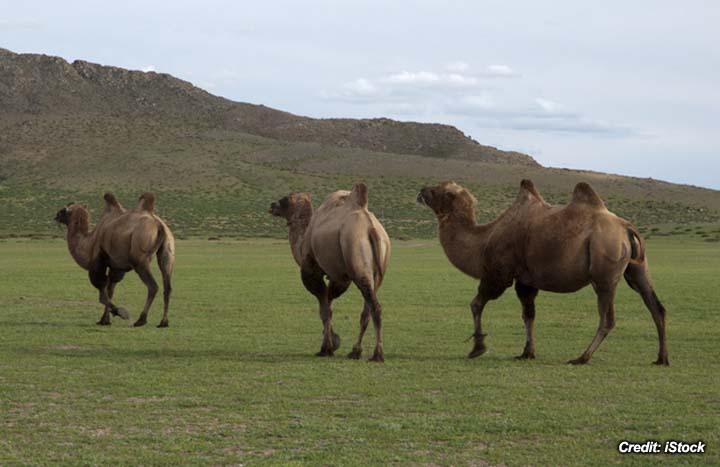 Camels have been domesticated for approximately 3,500 years. There are two types of Bactrian camel: domestic and wild. These two divisions are sometimes confusing, since some formerly domesticated Bactrian camels live in the wild alongside fully wild Bactrian camels. This is significant because these variants descended from different ancestor species.1 The family from which camels originally derived evolved in North America over 46 million years ago. After camels migrated throughout Asia and the Middle East, they subsequently went extinct in their ancestral ranges on the North American continent.

Bactrian camels are diurnal, foraging and grazing throughout the day. Their upper lips are split with each half moving independently; this allows them to forage short grasses and plants that are very near to the ground.3 They can go for several months without food, and they can go a week or more without water. Their back humps store up to 80 pounds of fat, which they break down into energy when food is scarce.2,3 Among their numerous adaptations to aid them in surviving a harsh environment, Bactrian camels are the only land mammals capable of drinking brackish or salty water with no ill effects. They can also drink up to 30 gallons of water at a sitting.

Camels are social animals, living in harem groups consisting of a dominant male, several females and their offspring. Bachelor males live on their own or in bachelor herds until they acquire a harem of their own. The dominant male in a herd/harem will mate with any or all of the adult females. These will give birth to one calf or twins, which remain with their mother until they are 3 to 5 years old.1

Frostbite is a freezing injury that is divided into four phases which overlap:

Prefreeze consists of tissue cooling with accompanying vasoconstriction and ischemia and without ice crystal formation. The freeze–thaw phase is represented by the intracellular or extracellular formation of ice crystals. This can cause protein and lipid derangement, cellular electrolyte shifts, cellular dehydration, cell membrane lysis, and cell death. In the vascular stasis phase, vessels fluctuate between constriction and dilation, and blood may leak from vessels or coagulate within them. The late ischemic phase results from progressive tissue ischemia and infarction from a cascade of events, including inflammation, vasoconstriction and emboli.5

The chemical immobilization of Bactrian camels can require extended periods of immobility in the captured animal. Hypothermia is an inherent risk to any animal undergoing chemical immobilization regardless of ambient temperature, and frostbite is an even greater risk during the winter months.6,7 While chemically-immobilized dromedary camels in their natural environment are at far lower risk for frostbite, the native environment of Bactrian camels does include periods of freezing temperatures.

The normal temperature of a healthy camel varies from about 34°C to more than 40°C.6 Due to the harsh environments that camels occupy, they have evolved with a unique ability for thermoregulation. This is referred to as adaptive hypothermia, or an ability to cool their bodies to avoid hyperthermia.

When deprived of drinking water during the summer, the Bactrian camel’s daytime body temperature variations may exceed 6°C, but in animals with access to water, the variations are similar to those found during other seasons.7 These wide variations in temperature are tolerated by the camel, whereas in other animals, if body temperatures exceed more than 2 to 3 degrees higher than lower than the norm during an immobilization event, it can be life-threatening.

Classifications of Frostbite in Bactrian Camels

The progression of frostbite encompasses four degrees of injury, and these follow the classification schemes for thermal burn injury. Early stages of frostbite are different than frostnip, which is a superficial nonfreezing cold injury associated with intense vasoconstriction on exposed skin. It should be noted that frostnip may precede frostbite, however. In these cases, ice crystals do not form within the tissue and tissue loss does not occur. Numbness and pallor resolve quickly after warming the skin.7

It should be noted that the severity of frostbite may vary within a single extremity.

Prevention of Frostbite in Bactrian Camels

The available literature suggests that prevention is a far better methodology than treatment for frostbite, which is preventable in most cases, but often not improved by treatment. Underlying medical problems and the chemical immobilization event itself can increase risk of frostbite, so prevention must address both health-related and environmental factors. Frostbite injury usually occurs when tissue heat loss exceeds the ability of local tissue perfusion to prevent freezing of soft tissues.7 The team in the field must ensure adequate perfusion and minimize heat loss to prevent frostbite.

Steps should be taken to minimize exposure of the animal’s tissues to cold, such as:

Treatment of Frostbite in Camels

If a camel’s body part is frozen in the field, the frozen tissue should be protected from further damage.7 Then, a decision must be made as to whether to thaw the tissue. If environmental conditions are such that thawed tissue could refreeze, it is safer to keep the affected part frozen until a thawed state can be maintained. Frostbite thaws spontaneously and should be allowed to do so if rapid rewarming cannot be easily achieved.

Nonsteroidal anti-inflammatory drugs (NSAIDs) block the arachidonic acid pathway and decrease production of prostaglandins and thromboxanes. These can lead to vasoconstriction, dermal ischemia, and further tissue damage.7 No studies have demonstrated that any particular anti-inflammatory agent or dosing is clearly related to outcome, however. One research model study showed 23% tissue survival with aspirin versus 0% in a control group.6,7 However, aspirin theoretically blocks production of certain prostaglandins that are beneficial to wound healing, which may be of concern following a chemical immobilization event. 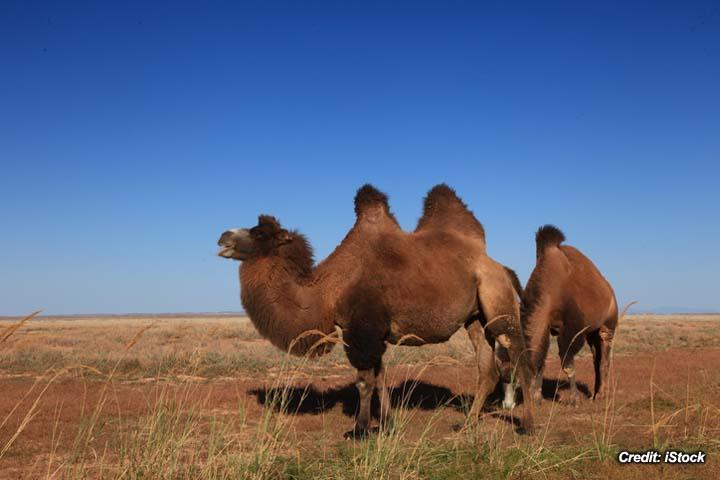 Vascular stasis can result from frostbite injury, thus appropriate hydration and avoidance of hypovolemia are important for frostbite recovery. Intravenous normal saline should be given to maintain normal urine output. IV fluids should optimally be warmed before infusion and infused in small, rapid boluses, as slow infusion can result in fluid cooling and even freezing as it passes through tubing. Fluid administration should be optimized to prevent clinical dehydration.7

Intravenous low molecular weight dextran (LMWD) decreases blood viscosity by preventing red blood cell aggregation and formation of microthrombi and can be given in the field once it has been warmed. In some animal studies, the extent of tissue necrosis was found to be significantly less than in control subjects when LMWD was used, and was more beneficial if given early.7

5Schmidt-Nielsen, K., et. al. Body Temperature of the Camel and Its Relation to Water Economy. American Journal of Physiology. 31 Dec 1956.