What is the Best Age to Breed a Mare?

What is the Best Age to Breed a Mare?

Many mares posses the bona fides that warrant breeding, such as good temperament, conformation, bloodlines and talent, but age is also a very important consideration. Despite the fact that it isn’t at all uncommon to find mares bred during their 20s, fertility and foaling rates do tend to decline after 15 years of age. Additionally, pregnancy losses during late gestation increase in older mares and failures during early pregnancy are even more prevalent.1 Technically speaking, fillies usually attain sexual maturity at 12 to 15 months of age, but some reach puberty as early as 9 to 10 months and others as late as 18 months.

The answer to the question of what age is best to breed a mare is dependent upon a number of factors, the first and foremost being the goals of the owner or manager. Other factors may include the reproductive status of the mare (foaling, maiden, barren or aged), stallion availability and his fertility, foaling facilities and geographic location.2

The Nature of Equine Breeding

In nature, mares are “long day” breeders, the lay term for their being seasonally polyestrous. This means that mares have regular reproductive cycles that are tied to increasing hours of daylight as Spring progresses. In order to hasten the transition to regular cyclicity earlier in the Spring, many breeders and equine veterinarians recommend exposing the mare to 14-16 hours of light per day, in the beginning of December. This is critical if the goal is to have a foal delivered in January or February of the following year. 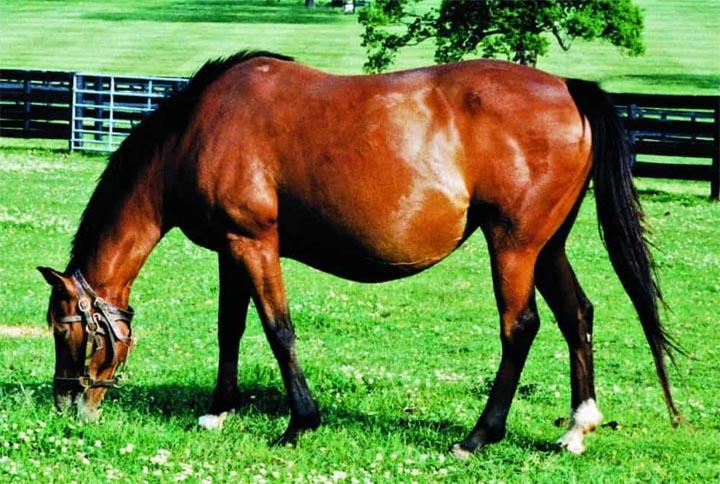 To determine the viability of the mare for breeding, the first step is to perform a complete ultrasound exam at around the first of February to assess status (cycling, transitional, non-cyclic or anestrous) and initiate any therapeutic measures necessary to facilitate regular cycles. If the mare has not been stimulated by an artificial lighting regimen, chances are that she will not be cycling regularly until later in the Spring when the days lengthen naturally. The time when she initiates regular cycles in the Spring will also be influenced by her age and physical constitution. If the mare has had her first ovulation of the year, then technically, she’s ready to breed.

If the goal is an early foal, one key consideration is the availability of adequate facilities for foaling and turnout late in the winter or early in the Spring. While some stables or breeding outfits may be able to readily accommodate an early foal (or to do so with minimal trouble), if conditions are not at least nominal, it may be best to wait to breed until later in the Spring when the weather is more forgiving and hospitable to the mare and foal.

The mare’s reproductive status will also influence the best time for breeding. If she is a foaling mare, many breeders prefer to have her examined at 6-7 days post-foaling to identify any issues that may have arisen during foaling and to determine if she is a candidate for a “foal-heat” breeding (i.e., breed on 1st cycle post-foaling). If no untoward issues are identified, the breeder will often breed the mare back on the foal heat. If the mare does not meet the criteria or has had a difficult foaling (or if frozen semen is going to be used), most will “short-cycle” the mare off her foal heat ovulation and breed on subsequent heats.2

If the mare is a barren mare or a “problem” or aged mare, most of the literature holds that it’s better to get as early a start as possible in the season to allow as many cycles as necessary to get her in foal before the end of the year. It is not unusual to breed such mares a number of times before they can get in foal.

Is Two Too Young to Breed?

Some owners of performance and show horses are understandably eager to breed mares in whom they see potential. Occasionally, this leads them to breeding their mares at two years of age—considered to be the absolute earliest that a mare can be bred safely. The conventional wisdom (depending on who is asked) tends to hold that breeding a two year-old filly can lead to her being stunted in her growth because of the physical demands of pregnancy, and/or that she may not be mature enough to bond with and raise her foal properly. A few horse owners and breeders actually consider it quite inhumane to breed two year-old fillies. 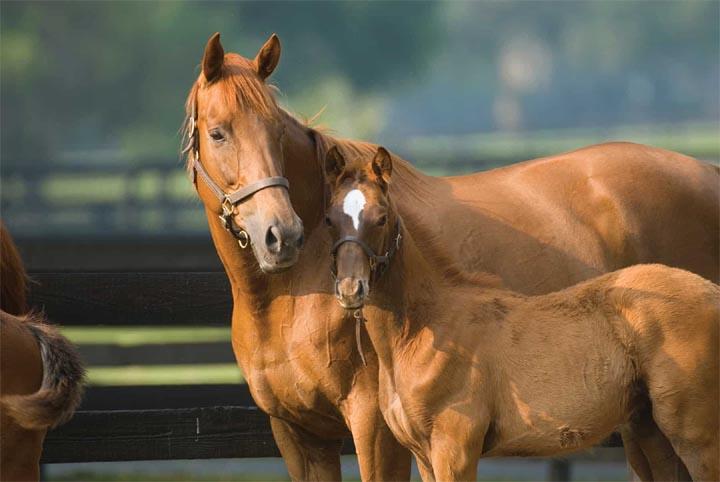 This being the case, we oughtn’t necessarily equate breeding the two year-old mare with the teenage girl comparison, since it isn’t particularly realistic. According to the American Association of Equine Practitioners (AAEP), the first seven or eight months of pregnancy place very slight demands on the mare. Assuming a normal growth rate, a filly bred at 22-24 months will probably have 98% or more of her growth already completed by the time she encounters the higher demands of late pregnancy, making marked stunting unlikely.

Whether the two- or three year-old filly has the mental maturity to raise a foal is another question. The available evidence does seem to suggest that the experienced broodmare is more successful at raising foals, all other factors being equal, but evidence linking maternal age at the birth of a first foal to the probability of that foal’s survival seems more difficult to come by.3

Despite early breeding (between two and five years) having yielded some good results anecdotally, most horse owners, breeders and equine veterinarians hold that the best age to breed a mare is in the 5 to 10 years of age range, with the caveat that the mare should have her first foal well before the age of 10 if she is to be regularly bred. When consulting the experts, unfortunately the answer to this question is often predicated upon many of the questions at the beginning of this article.

For a physically-mature, healthy, even-tempered filly, earlier breeding can come off without a hitch. When in doubt regarding younger fillies however, it may be best to follow the traditional wisdom and stick to convention.